Research into the importance of the media shows that as far as the music industry is concerned, both private and public media are essential. Without them, it would be quite impossible to carry out the tasks of dissemination, promotion and general awareness that music requires.

The aim of this debate, which features the participation of different specialists in the promotion of jazz in our country, is to analyse the current situation of this promotion in the media, the written press, radio, television and the new Internet platforms. 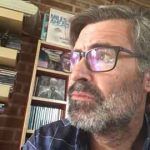 Pablo Sanz
A journalist involved in culture since the late 1980s, Pablo Sanz (Cuéllar, Segovia, 1969) started his professional relationship with jazz at the San Juan Evangelista Music and Jazz Club. He was then involved with other entities and festivals, such as the Injuve Showcase of Young Jazz Musicians, or 365 Jazz Bilbao, among many others, sometimes as press officer, other times as artistic director. Since 1996 and to the present day he has written jazz reviews in the newspaper El Mundo and, for the last couple of years he has written for Scherzo and El Cultural. He has also forged a professional career in jazz as a speaker, advisor, or jury member as at Getxo Jazz, for example. 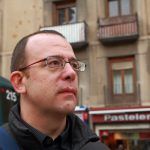 José Francisco “Pachi” Tapiz (Pamplona, Navarre. 1969).
A mathematics and music enthusiast. He currently divides his time between his professional activity as a computer programmer and university professor of Mathematics and Statistics, his family, and his passion for jazz. In 2001 he founded the website Tomajazz.com, one of the first Spanish sites dedicated to jazz. With a platform devoted to bringing jazz closer to fans, over the past almost twenty years, this medium has had more than fifty collaborators. In addition to his work as editor of Tomajazz, he gives lectures and talks on the history of jazz. He also collaborates in media such as Ruta 66, Más Jazz or Diario de Noticias de Navarra. He is the director and presenter of the radio programme Jazz for You (Jazz Para Ti). He has been broadcasting the HDO podcast for the last six seasons. His latest adventure in the form of a podcast is the daily programme JazzX5. 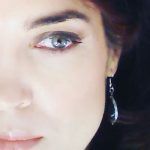 Mirian Arbalejo
Is a jazz critic and communicator. For 15 years she has been writing on different aspects of this music and collaborating in different Spanish media. Over the past five years not only has she globalized our reviews, she has managed to become, for the first time ever, a member of the jury of the Critics’ Awards of DownBeat magazine, of the NPR Jazz Critics Poll, directed by Francis Davis, or of the Jazz Journalists Association Awards. The musician, academic and NEA Jazz Master Dave Liebman has described her work as “really great, very high-level”. Also known by musicians and audiences alike as “Missingduke” for her informative work in “It Don’t Mean A Thing”, Mirian has just finished her own project: a novel that blends her two realities, as a Hellenist and as a privileged observer of jazz. 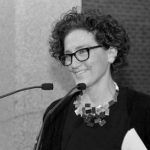 Concha Hernández
She holds a degree in Art History from the Complutense University of Madrid and she is a Knight of the Arts and Letters of France. She has been culture advisor in the Office of the President of the Government of Spain. In 2010, she coordinated the cultural activities of the official programme for the Spanish Presidency of the European Union. She has curated several exhibitions that bring together fashion and literature, such as 20 Suits for Europe and, more recently, Suits for Shakespeare and Cervantes. She has been the director of the Conde Duque Cultural Center and she is and has been, for the past 15 years, director of the Ellas Crean festival. She currently works in the municipal company Madrid Destino and she is director of the Madrid International Jazz Festival JAZZMADRID.